The so called ‘sabre saw’ has a somewhat intimidating name but in simple terms it’s a power tool where the blade has a reciprocating, horizontal cutting action. Some machines employ an orbital cut in much the same way as the pendulum motion used on jigsaws, resulting in a more efficient cutting action. To use the tool effectively, the blade ought to cut vertically down through the material, in much the same way as a standard hacksaw used at a metalwork vice. 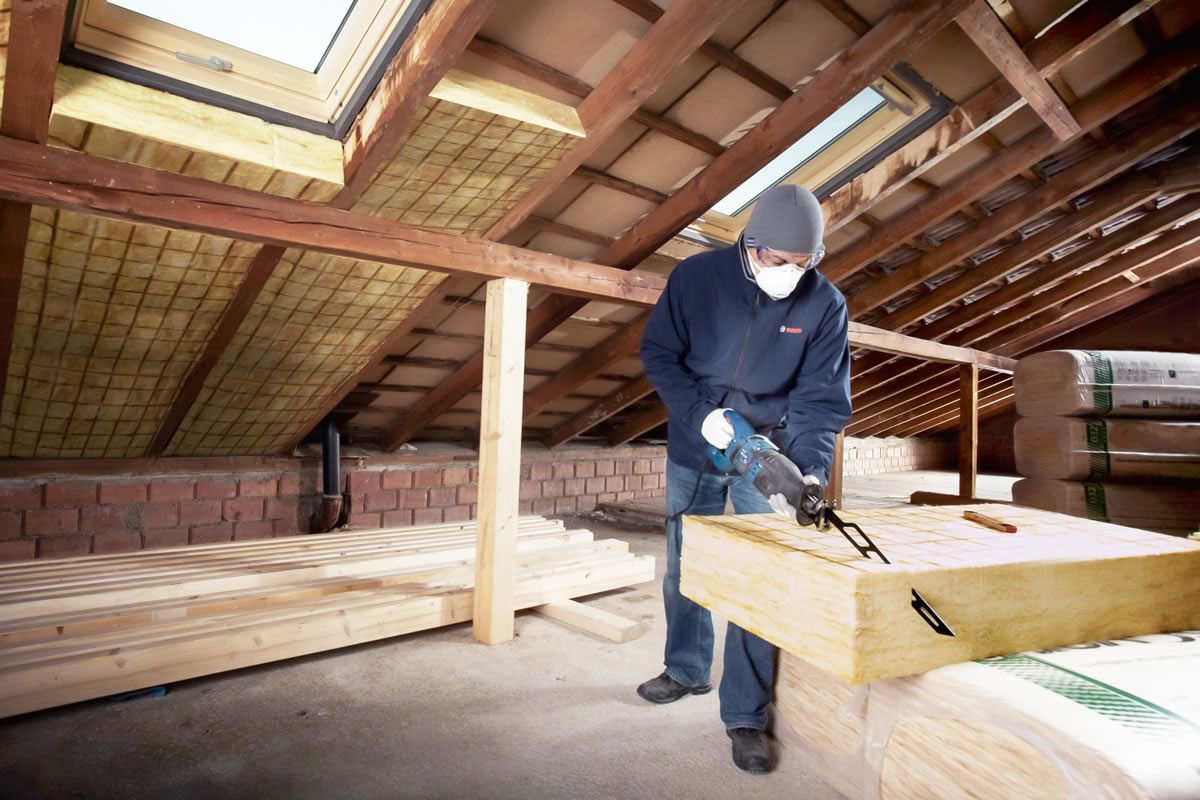 Similarly to their jigsaw cousins, sabre saws have a range of different blades. These are for the most part used on all types of wood and metal, including pruning duties in the garden on wet, green branches or thick metal plate in the workshop. There’s even some blades that will cut through brick, reinforced plastic, aerated concrete and cement! Depending on the application and the blade, the depth of cut can range from 100mm (metal, thin plate, pipes and profiles) all the way up to 300mm for general cutting on wood and metal. 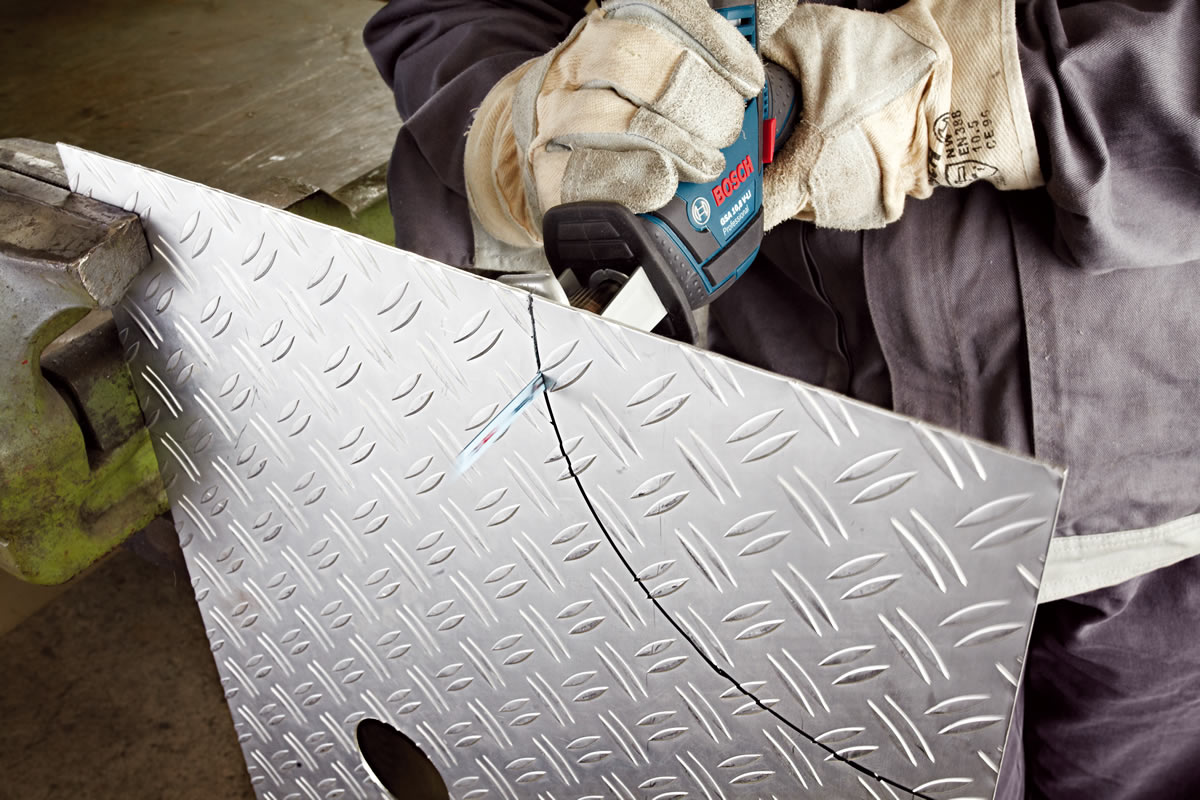 Unlike a jigsaw, the blades used in sabre saws are wider though due to the very high variable stroke rate (0-2500 or higher) they are able to make large radius curved cuts as well as the more usual straight ones. 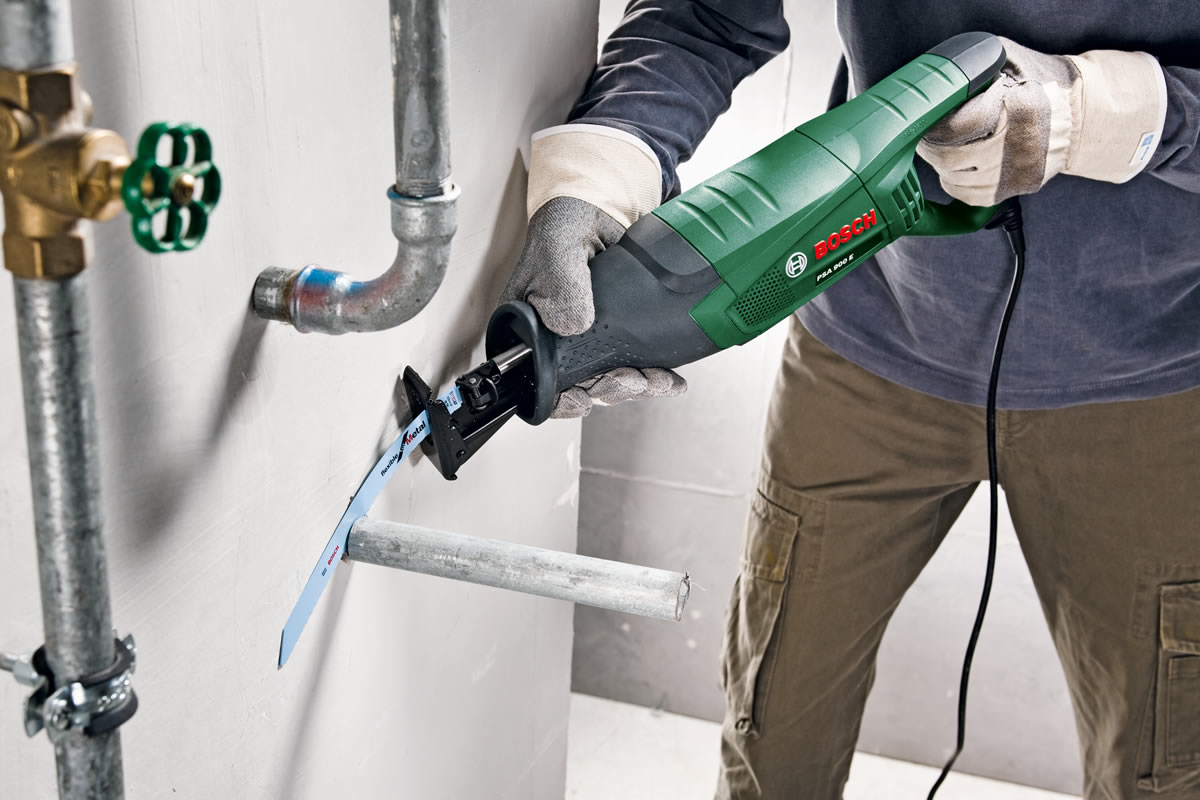 As an added bonus, a reciprocating saw could also be used to flush cut a pipe, for example, exiting a wall as some blades can be bent in use. This means that although the machine itself is at an angle to the wall, the blade can be bent parallel to it to cut through the pipe. Were this to be attempted with a hacksaw, a stub of the original pipe would still need to be removed by other means. 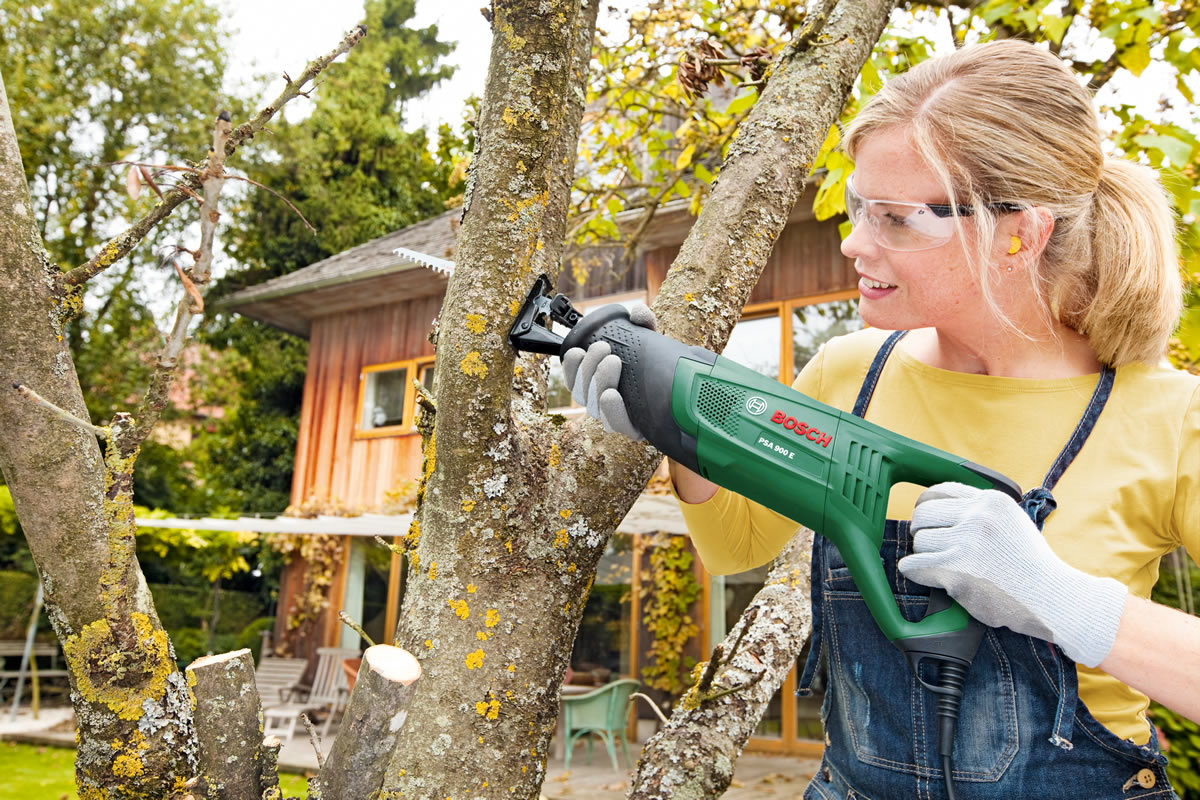 When fitted with the correct blade the sabre, or reciprocating saw is an extremely versatile machine capable of taking on a variety of cutting tasks that might otherwise be done by a jigsaw, circular saw or even a chain saw. Whether it’s in the garden, workshop or on site one of these machines ought to be close by when there’s some serious, heavy duty cutting to be done.